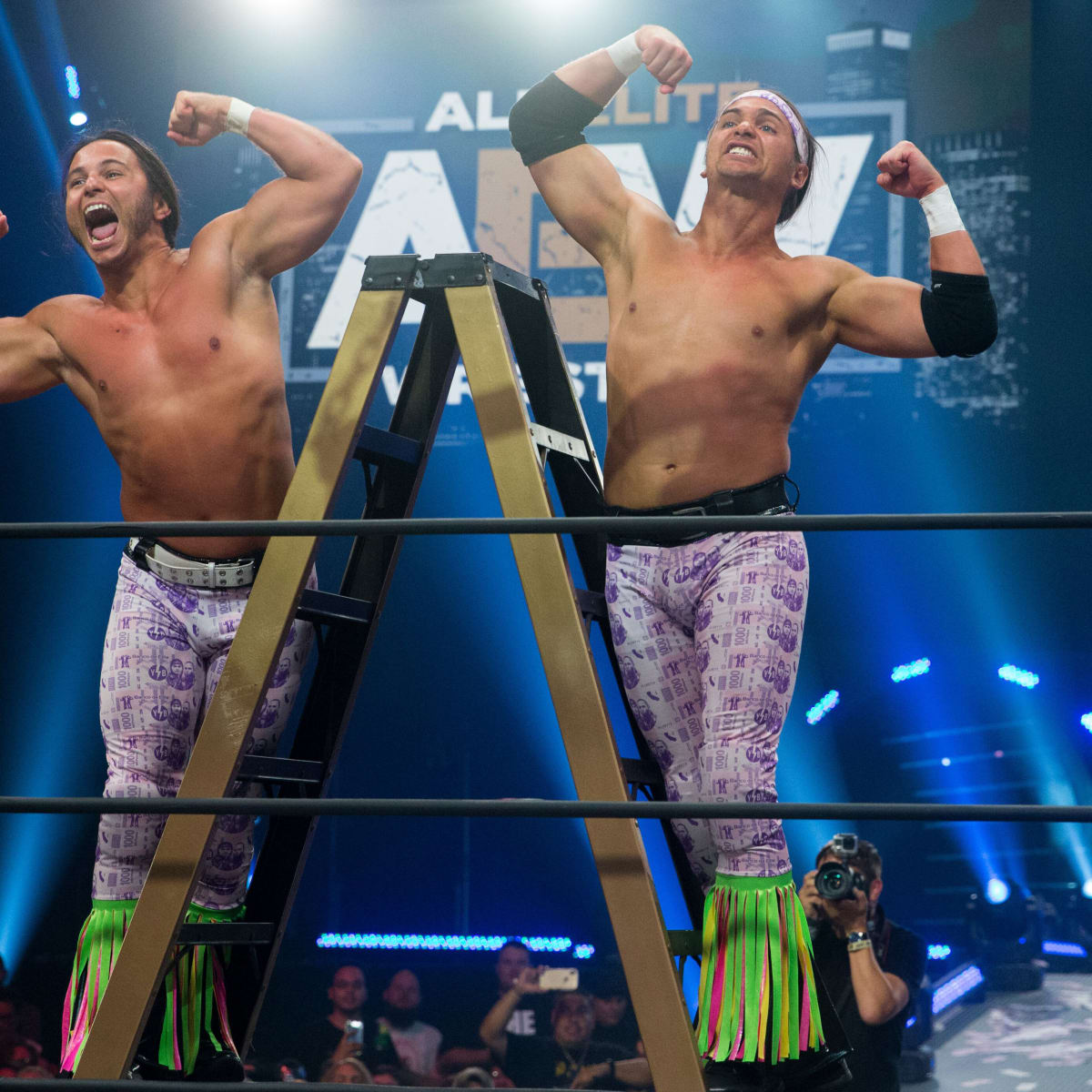 
Matt and Nick Jackson (born Matthew and Nick Massie, known collectively as The Young Bucks) are two brothers from Montebello, California, known for their successful and well-coordinated tag team performances, as well as for their unique lucha libre inspired acrobatic style of wrestling. Currently signed to All Elite Wrestling, the Bucks serve both as in-ring talent and as Executive Vice Presidents, and were also involved in the NJPW faction "The Elite" that soon served to create AEW alongside Kenny Omega, Hangman Page, Cody Rhodes, and others.
The Bucks are known better as a team than they are as singles. They earned the Tag Team belt at AEW's Full Gear event, wherein they defeated the team of FTR (Cash Wheeler and Dax Harwood). Their current competition is the team of Maxwell Jacob Friedman (MJF) and Chris Jericho, with whom they recently have started feuding with following MJF and Jericho's assault on their father.
RETURN